Historically, the Toronto waterfront was a rich mosaic of aquatic and terrestrial habitats, including bluffs and beaches, cobble reefs, marshes, wooded shorelines, and productive estuaries and bays.

Diverse communities of fish and wildlife lived in these habitats, which provided opportunities for shelter, food, spawning, nesting, rearing, over-wintering, and migration.

Over the past 200 years, the pressures of urbanization, port expansion, industrial activity, transportation, and recreation have turned this waterfront into the one we recognize today.

Aquatic habitat along the Toronto waterfront has been subject to a wide variety of impacts: lakefilling and the destruction of wetlands and riparian habitats, shoreline hardening, stonehooking, dredging, degraded water quality, and invasive species.

Other factors, including the deforestation and urbanization of watersheds, the straightening and burying of rivers, and the creation of barriers to fish passage, have also contributed to the loss of fish and wildlife habitat in the Toronto and Region Area of Concern (AOC).

Today: Aquatic Habitat is Being Restored Along the Toronto Region Waterfront …

In recent decades, considerable progress has been made in addressing BUI 14 – Loss of Fish and Wildlife Habitat in the Toronto and Region Area of Concern.

Key to this success has been the Toronto Waterfront Aquatic Habitat Restoration Strategy (TWAHRS), which was developed through agency stakeholder and public consultation to guide habitat restoration in the AOC by ensuring that it receives consideration at the early planning stages of waterfront revitalization projects.

Since its inception in 2003, TWAHRS has guided implementation of 42 waterfront habitat restoration projects by multiple organizations.

Research and monitoring by Toronto and Region Conservation Authority (TRCA) has shown that the coastal wetland and embayment restoration initiatives implemented under TWAHRS have been successful in creating suitable habitat for warm water species and shifting the community from that of pelagic, transient species to a resident, vegetation-loving community. 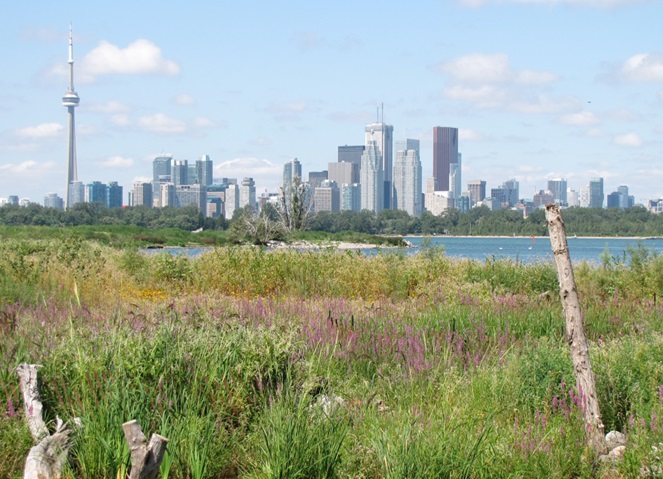 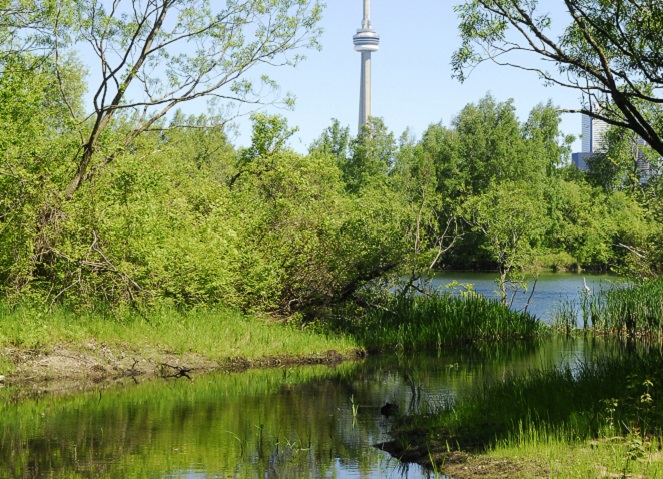 Coastal wetland and embayment restoration initiatives by TRCA have been key to the revitalization of aquatic habitat in the Toronto region.

… and in the Watersheds Too!

More than 850 hectares of habitat have been restored in the watersheds of the Toronto and Region Area of Concern (AOC).

In addition, TRCA has completed 16,959 metres of stream restoration, and removed 46 watercourse barriers within the AOC since 2012.

Restoration efforts within the AOC have focused on high priority sites for ecosystem health. These sites were identified using the Integrated Restoration Prioritization (IRP) planning tool.

The IRP identifies sites for restoration works that will have the greatest benefit to the natural system.

Specifically, the IRP tool indicates where impairments to ecological function exist, so that targeted efforts can be made to restore fish and wildlife habitat and corridor linkages, as well as to improve water quality, through the creation and restoration of wetlands and riparian and forest cover.

Explore TRCA’s Watershed and Ecosystems Reporting Hub to learn more about the state of aquatic habitat in Toronto and Region.

Select the image below to visit the reporting hub.